Harry Potter and the Half-Done Script 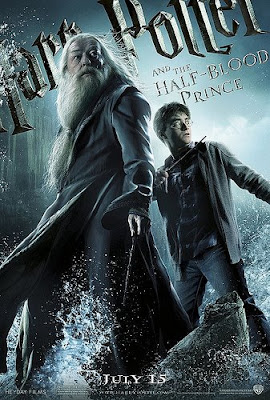 I had the amazing opportunity to see this movie BEFORE the midnight premiere. I was totally stoked.... decked out in my Gryffindor (go lions!) tee shirt, my red and gold scarf good for Gryffindors and Sun Devils alike, and I even had my 14'' black palm wand with a dryad hair core.
With giddy anticipation, the lights faded, and the familiar John Williams Harry Potter theme began playing. Clouds swirled around the Warner Brothers symbol as the film commenced.
Alas, I was disappointed. The scenes were long and drawn out, there were scenes added that not only weren't in the 6th book, they weren't in any Harry Potter book, and Ginny is now taller than Harry. Not that there's anything wrong with that... but cinematically speaking, there's supposed to be a visual ideal going on.
They did do well with the characters, however. Lavender Brown was hysterical, Dumbledore was amazing, Slughorn was P-E-R-F-E-C-T, and Draco Malfoy gave what in my opinion was is best performance. The things they actually got from the book were done very well.
I think I need to just see it again when I'm being less critical. Now that I've seen it, I can appreciate it for what it is: a movie, not a book.
written and directed by Amy at 9:19 PM