A celebrity crush and why.

K, just so we're clear, I am MADLY in love with my husband, people.
The only reason I have celebrity crushes is because I know they are silly and unreachable . . . that's the way I like them.

I don't necessarily have crushes on celebrities, just the characters they play. Makes it all the better, since the guy doesn't actually exist.
Which is probably why he's so perfect.

So, ahem. Celebrity crush #1 yes I have more than one

Jim Halpert from the Office. 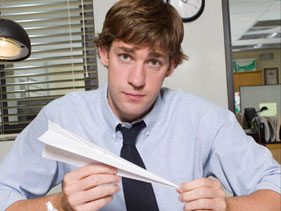 He's just too cute.
Oh come on, you know you only watched the show to see if Jim and Pam would actually end up together and  wanted to throw something at Pam when she (at first) said no to him.
Now they're married with a baby. Makes this guy all the more attractive.

Zack Morris from Saved by the Bell 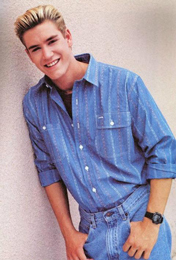 SO corny, I know. But I can't help it. I've had a soft-spot for this blonde troublemaker ever since I was ten years old. Mark-Paul Gosselar has a new show starting which I sorta wanted to watch, but the show looks pretty vile so I think I'll pass. Plus, he's not Zack Morris.

So there you have it. My celebrity crushes. They're cute and charming . . .


But they got nothin' on this guy. 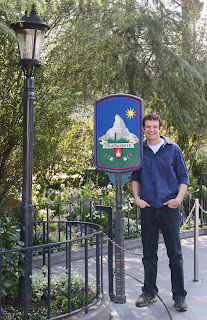 Ok whew! Good to know I'm not the only one who still has childhood celebrity crushes! P.s. mine is... *whispers* Leo Dicaprio.

Awww, how cute! I love the disclaimer at the front and then redemption at the end :P.

I love Daniel Henney (very unknown half-Korean who stars in many a K-drama series that I've watch *ahem*).

Hilarious! Yeah, I only watched The Office for Jim & Pam and once they got together the show started focusing on the other characters more I dropped it. :)